Now it was decided long before our first hike together that we were going to do this the right way, John’s way. But first things first, John needed to be ‘rigged-out’.

It just made sense, if I wanted him to accompany me on shorter, easier hikes, he would need some techie hiking gear. Otherwise, it would be a hard sell if he had to wear his worn out winter boots, take a book bag and drink from a soccer water bottle, while I hiked in all my finery.  So off to Outfitters we go. And lo and behold, once John knew there was something in it for him, his enthusiasm for hiking soared. But it was going to cost me. And it did. Hundreds of dollars later, John was rigged out with a new pair of Oboz hiking boots, a 10L Osprey backpack with a compatible 2L hydration bladder, and later, a pair of ice-grips ordered directly from China on good ol’ eBay!

Our first official hike was Cape Spear Path on the East Coast Trail. It was a beautiful blue-bird (still winterish) spring morning. Though there was not enough snow to warrant wearing snow shoes, there were too many eeeeeky icy cliff edges for naked boots, so ice grip crampons it was. Now, if you know anything about boys, they love

all things sharp, shiny and made of metal, so strapping on 1/2 inch stainless steel spikes around his feet all but gave him superpowers. I have to say though, as thrilled as he was with his weaponed-feet, the highlight of his day was meeting three very special furry friends of mine … Max, Cacher and Charlie, dogs owned by my hiking companions. There was just something about having a few canines nip at his heels and keep him company on the trail that filled his heart with joy. Despite completing only 4.5kms of the trail, a reasonable distance for a beginner, we made the most of the time we had. The simplicity of small conversation, a hot cup of tea and a little rest-up near the cliffs edge became a treasured memory etched in my mind forever. Our first hike …a huge success!

So now that we had our first hike in the bag, it was time for me to try my luck again. This time I decided to let John bring a friend. I chose to do a section of the ECT that was nearby, easy rated and had a highlight (I like to call them ‘treasures’, every ECT has one) they could get excited about … the abandoned US Radar Station! This unfamiliar, remote and run-down facility located at Red Cliff and the trail head of Cobbler Path, was

once a coastal artillery site during WWII. It was occupied in 1943, with a large ammo bunker, a gun battery and several underground ‘secret’ rooms. Though the gun battery and radar station now lie in ruins, it has become a rather eerie but remarkable gallery of elaborate artwork and graffiti. So with both boys armed with new tins of spray paint and latex gloves, they anxiously made their way to the decrepit concrete buildings to see if there was one untouched square foot they could call their own. I think that they were shocked yet extremely elated that they were even allowed to do this and not get into trouble. And I also think I made the ‘Awesome Mom’ list that day . Hike #2, a fantastic fun-filled afternoon for the boys and a soul-warming, uncloulded, picturesque day for me.

Next, the overnight camp out! Was I crazy thinking I could pull this off? Just me and John, sleeping in a tent, the two of us. Would he even consider this? The answer surprised the hell out of me! It was mid-August, probably the hottest day of the year, a Friday evening and I had just got home from work, so I tossed the question out there. His response … “lets do it!” And like two scalded dogs we threw the tent, sleeping bags, cookwear and box of firewood in the Outback and gunned it down to LaManche Park for the night. Now this was not what one would call ‘hard core’ camping, because we did avail of a campsite in the park, but still, it was no small undertaking.

There was just as much preparation involved in car camping as if we had backpacked in the woods and plopped a tent down in the middle of nowhere. I actually believe the latter would have been easier. So after arriving LaManche nearing 6pm and setting up our campsite, we decided to get a little hike in before we lost the evening sun. We set off exploring on a little trail that meandered in to a secluded swimming hole. John did exactly what an 11 year old was best at, he hopped massive boulders til he reached the other side of the river. I did what I was best at, take pictures. Upon returning to our campsite we fired up the BBQ, put on a scoff, entertained some guest, and John lit the camp fire (a chore I specifically assigned to him knowing it was a male rite of passage). Once darkness set in we hunkered down for the night. I remember it being so warm (23 degrees at 9:30pm) that we slept on top of the sleeping bags. It wasn’t until daybreak that the cool morning dew drove us inside the comfort of our down bags. What shocked me the most that morning though, was that I had a sleeper-in-er on my hands. While I watched the sun rise and stretch its fingers through the trees and crept around the campsite on my tip-toes preparing coffee and toutons, my little man slept like a log. I guess the fresh, chilled air put him into a deep morning slumber. 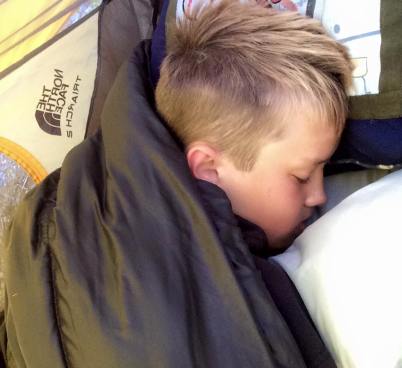 Looking back at last year and the few trails we did hike I truly believe John enjoyed his time in nature, meeting new friends and being dragged along by his mama. I have to say though, that one of my highlights was when he agreed to participate (with me) in the East Coast Trail ‘Tely Hike’, an annual fundraiser dedicated to raise money for new ECT development and existing trail maintenance. With over 300 participants hiking one of two ECT paths, we chose to hike the 5km trail known as Tinkers Point Path, hence our mother-and-son team name “John and the Jolly Tinker”. To our amazement we raised approximately $700!

To say that I am proud of John is putting it mildly. He’s a pretty cool kid that I admire very much. But being a single mother has not always been easy. I have made plenty of sacrifices along the way since we’ve been on our own. Yet the one thing I’ve learned and try to implement is that John should know and understand what is important to “me”, and respect it. It is my belief, that as much as I have had to bend to his will, that he should occasionally have to bend to mine. How else would he learn and understand the benefits of companionship, compromise and life balance. I remember when John was only 7 years old, he said to me “Mom, you don’t have to travel to far away places to see beautiful things”. Ironically, this is something I now live by. It amazes me that these profound little words have helped shape my life. Little did he know when he spoke those ‘beyond-his-years’ words that they would come back to him full circle. For we now travel to some not so far away places, to see some beautiful things, together. 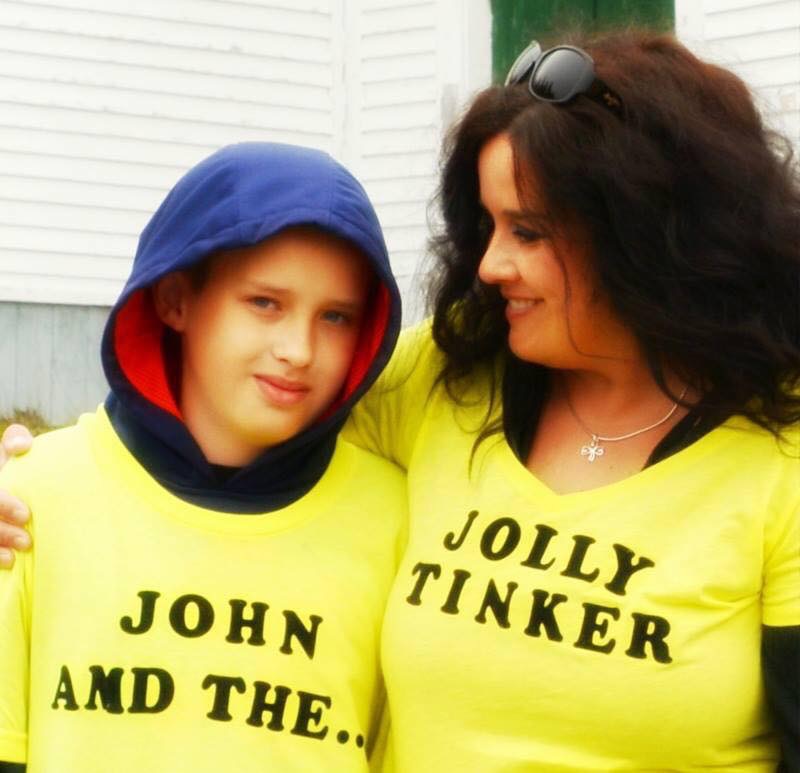 Published by Where My Boots Have Been

I am a single mom to a wonderful teenage boy. I work a full-time job and in my spare time I enjoy anything outdoors ... hiking, backpacking, camping, snowshoeing, hunting. I have suffered from severe anxiety, panic attacks and occasionally depression most of my adult life, but through hiking, travelling and living a rather minimalist life-style, have come to terms with it. Life is beautiful and I chose to live it out there. View all posts by Where My Boots Have Been